For all kinds Questions and information

This methode is being applied in many countries since 2005, following the publication of the study designed by Spanish Obesity Surgeon Dr.Sánchez-Pernaute.

After this operation, patients have been followed up for 3 years and it’s been observed that:

·        HbA1c has been normalised in a very short time such as 6 months, without using any anti diabetic medications.

·        There was a complete recovery in Diabetes

As a result, this operation is now being applied all over the world by reaching 100 % success rates over Obesity, Diabetes Mellitus Type 2 and Hypertension.

How is SADİ-S Operation being Applied ?

First of all, our goal is to provide for the patient “ minimal pain ” and “ Maximal patient comfort ” by using a combination of “ Epidural Anesthesia ” and “ General Anesthesia ”

Operation is being implemented with Laparoscopic ( Closed ) methode from 4 - 5 holes ( 0,5 – 1 cm wide ) opened into the abdomen wall.  ( Staples used in our operations which brand name is Covidien )

Stomach is littled as sleeve gasrectomy by staples, and a new connection is constituted between duodenum and 200 – 250 th . centimeters of intestines.

By using this Bariatric Surgical Methode, it’s being possible to combine most powerfull effects of both “ Diminishing appetite effect and diet limiting effect ” of Sleeve Gastrectomy & By making an anostomose between duodenum and last portion of intestines, “ Absorbtion reducing effect ” of Gastric Bypass operation.

When can I be able to get rid of my Diabetes, Hypertension Medicines and Insulin Treatment ?

Hypertension control can be provided following the first weeks of the operation, medicines can be reduced and discontinued the medication.

Medication for Diabetes and Insulins can be reduced and discontinued on following months.

When can I be able to go back my business after SADI – S  Operation ?

After 4 hours from the operation, patients are being walked and some tests after 24 hours, patients can begin orally feeding. The ones who have any problems in their clinical follow ups, may be discharged from the hospital between 3 - 5 th days.  And 7 - 10 th days after the operation.

Can SADI – S Operation being applied  for the patients who have been operated by Sleeve Gastrectomy before, and gained weight again ?

Yes, it can be applied. SADI – S operation is one of the choices of revision surgery for whom;

We review the reports you send and give you the right information. INFO

Fill out our form We will Contact With You 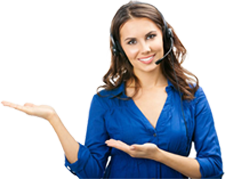